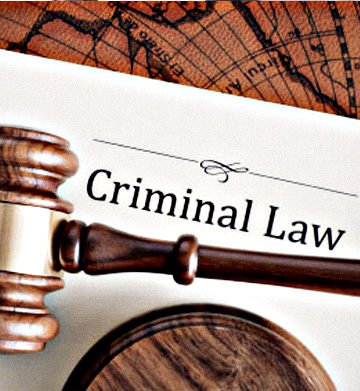 Have you been arrested or accused of a crime? Being charged with a crime is stressful and should be taken seriously. It can result in loss of your license, your job, or worse – jail. The first thing you should do is contact an experienced and aggressive attorney that will fight for you in court and will take the time to explain. to you exactly what is going on and the pros and cons of your case. Having an experienced attorney will make a difference!

Time is of the essence when you are arrested and/ or charged with a crime. DON’T WAIT until the damage is done!

Misdemeanor offenses involve crimes that may be punishable by 1 year or less of jail time and/or $1000 in fines. Misdemeanors are considered less serious offenses than felonies. The penalty for a misdemeanor conviction can range from very minor such as no jail time or fine to more severe punishment such as one year in jail and a large fine and community service. Examples of misdemeanor offenses include, but are not limited to, non-injury DUI’s, first time theft offenses like shoplifting, some domestic violence charges, and driving on a suspended license. Sometimes, based upon a person’s criminal record or the severity of the offense, the prosecutor may file a misdemeanor as a felony.

Felonies are the most serious offenses which one can be charged. A felony conviction can result in imprisonment for over one year, fines over $2000 and long probation terms. Moreover, a felony conviction is viewed very negatively by potential employers and landlords. Although felonies are harder to expunge than misdemeanors, an attorney may be able to get a prior felony conviction expunged from your record.

Assault and Battery involve distinct crimes which most would think of when thinking of a bar fight. The crime of “Assault” involves words or conduct threatening to harm someone. On the other hand, the crime of “Battery” involves intentional conduct resulting in harmful or offensive contact with another.

Each of these charges poses the risk of substantial jail, restraining orders, and fines. If you or a loved one finds themselves dealing with an arrest for domestic violence, you should speak to an attorney immediately.

Other types of cases we have represented clients on include:

If you have been arrested or charged with a misdemeanor or felony in Riverside, San Bernardino, Los Angeles, or Orange County, call the Law Firm of Antonio R. Garcia for a consultation – (323) 547-0813.